The NCC is the largest uniformed youth organization. Its motto is "Unity and Discipline". The NCC in India was formed the national Cadet Corps Act of 1948, and raised on 16th July 1948. In 1948, the girls division was raised in order to give equal opportunities to school and college going girls.

NCC unit has been started since 1972-73 in SMT Radhadevi Goenka College for women, Akola. NCC is an armed students organization under defense ministry of India. This company of NCC is working under 11 Maharashtra Battalion NCC Akola, whose commanding officer is col. Sanjay Pande . Group headquarter of NCC is in Amravati and NCC directorate is in Maharashtra and main office of Director General NCC is in New Delhi.

To empower volunteer youth to became potential leaders and responsible citizens of the country.

To develop the leadership and character qualities, mould discipline and nurture social integration and cohesion through muli-faceted programs conducted in a military environment.

The aims of NCC as approved by MOD are as under to develop character, comradeship, discipline leadership, secular outlook, and spirit of adventure, sportsmanship and ideals of selfless service among the youth of country.

To develop a highly motivated, patriotic, selfless, discipline and enterprising youth who is capable of providing leadership in any walk of life for the betterment of the nation.

The Motto of the NCC is UNITY AND DISCIPLINE which was adopted on 23 December 1957. In living up to its motto, the NCC strives to be and is one of the greatest cohesive forces of our nation, bringing together the youth hailing from the different parts of our country and molding them into united, secular and disciplined citizens of our nation.

Following are the core values of NCC.

In 1954 the executing tricolor flag was introduced. The three colours in the flag depict the service of the corps red for the army, deep blue for the Navy and light blue for the Air Force. The letters of NCC crest in gold in the middle of the flag encircled by the wreath of lotus. This gives the flag a colorful look and a distinct identity, each lotus represents one NCC Directorate (DTE). 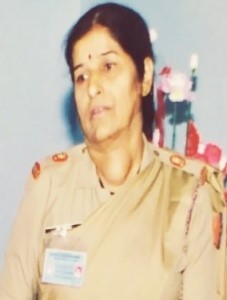 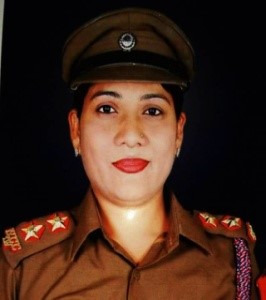 Smt Radhadevi Goenka College for women, Akola is a leading college of Bharatiya Seva Sadan's society in Akola. This college was established in 1965. The college's NCC department is in full progress in its glory. This department has contributed significantly in various social activities.

In the year 1972-73, the NCC girls department was started in Smt Radhadevi Goenka College for women Akola under the 11 Maharashtra Battalion NCC Akola, The NCC department of the college has the strength of 94 girl cadets.

Continuing the path of unity and discipline, the NCC department is in progress. The results of the 'B' and 'C' certificate exam in the NCC department are highly appreciated. Till date our NCC cadets, participated in (RDC) Republic Day camps and (TSC) Thal Sena Camps at New Delhi. Apart from this our NCC cadets are participating in ATC, NIC, Trekking camp, Army attachment camp, BLC etc. in every year.